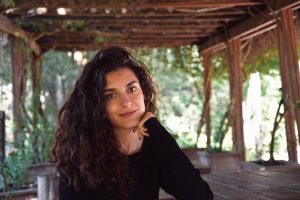 A Marketing and Advertising student in Escola Superior de Gestao e Tecnologia in Santarem, Portugal, Ana will contribute to our major rebranding project that will come to fruition in the coming months.

“I have worked internationally before in Slovakia, and in my three months with Sli Nua Careers, I hope to learn a great deal that will be of value to me in my career,” said Ana.